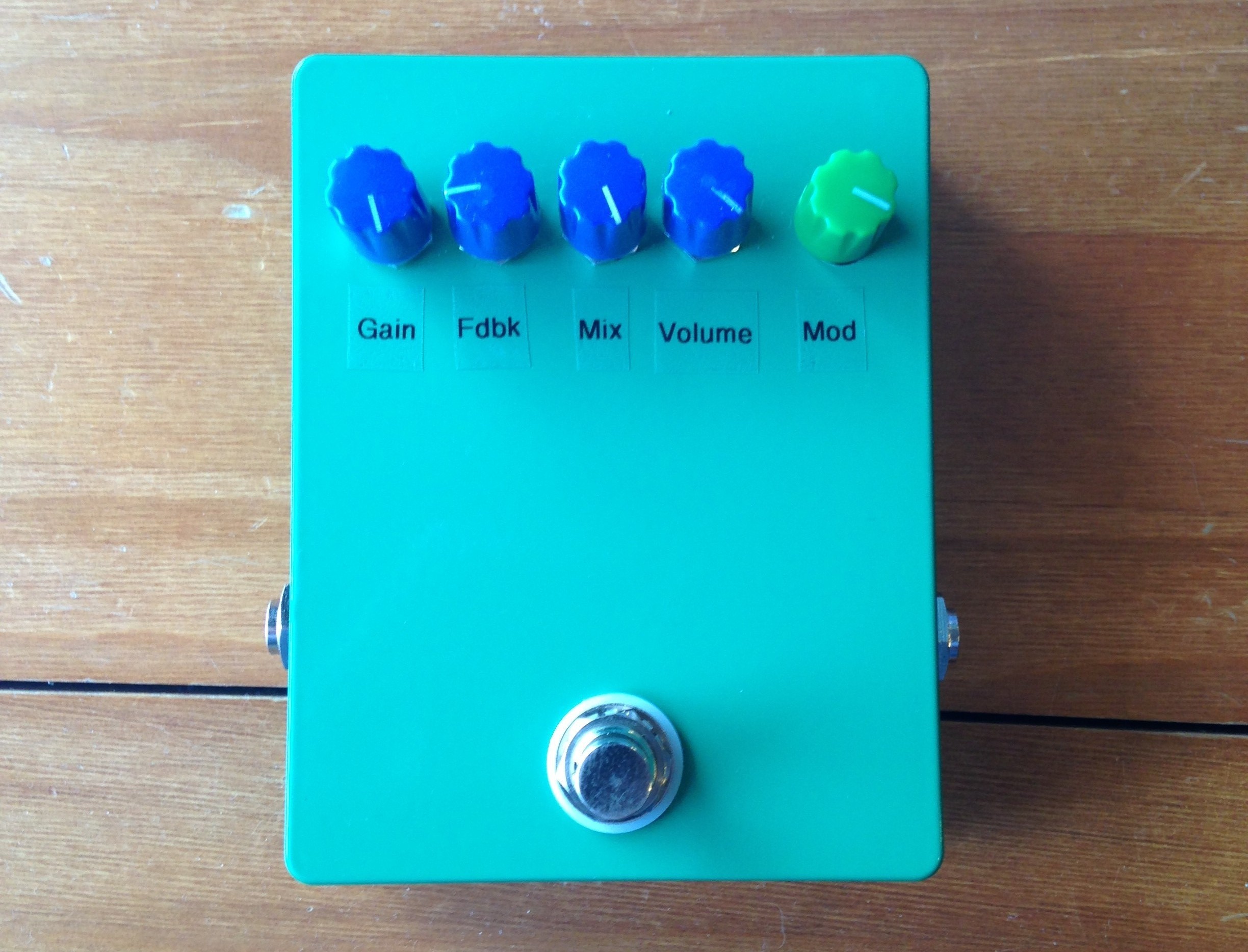 I wanted to improve my ability to code with an arduino but I needed something that would motivate me. Something that would be instant fun! I found the Stomp Shield kit from Open Music Labs and it was perfect (plus they were running a sale for only $19!) 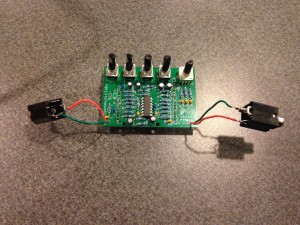 The kit includes a board, resistors, capacitors, an ic, and a few potentiometers that you solder together and plug into an arduino uno.

The build was pretty straight forward. I’m a pretty careless solder-er which caused a few hiccups but nothing serious. Once it was complete it was time to test it. It worked!!! And it sounds insane! Perfect! Next was to put it into a guitar pedal case so it could handle the haphazard life it would lead. I chose a hammond 1590 case (open music suggests this as a perfect size for the build.) After careful measuring, drilling, and filing, it was ready to be housed! 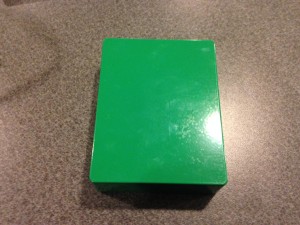 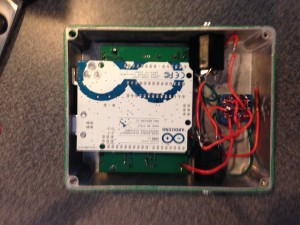 Next I wired in a 3dpt bypass switch, tested it, realized I had a wrong wire, fixed it, and tested it again. Eureka! Crazy sound again! I can’t overemphasize how important it is to test out these kind of projects at every step possible. If I had closed it up before testing and it didn’t work, I would have wasted time pulling it apart again. This comes from the experience of doing it the wrong way about a million times. It only took a million and one to finally realize this.

Next was the really fun part! Knobs and labels! I get my knobs and switches from this great site with the most ridiculous name. Bitcheslovemyswitches.com has stupid low prices, one shipping charge no matter what I’ve bought, and the guy is ninja fast in responding and taking care of the order! He also builds really creative and cool sounding pedals under the name OHNOHO. Check him out! 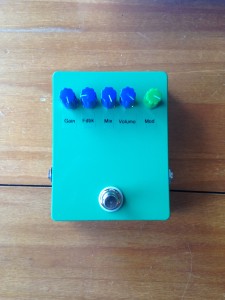 Now to plug it up and have some fun!